At least once a year in the UK on a Bank Holiday the film WarGames is shown, possibly the best film about computer hackers ever made, as the inspiration for films such as Hackers, Swordfish, Sneakers, The Net and others. The computers and technology in it may be dated but its still an excellent sci-fi computer movie.

David Lightman (Matthew Broderick) is a computer whizz kid, the first of many computer geeks.

Despite how clever he is isn’t doing well in school and so hacks into the schools computer system to change his grades. He demonstrates his computing tom-foolery to his new friend Jennifer Mack (Ally Sheedy).

David see an interesting advert in a magazine about computer games company. He tries to hack in to find games that have not been released yet but stumbles upon something far more dangerous than a computer game, and starts a game that may end in the end of the world.

The 1983 WarGames movie has been defined many times as a cult film. Starring Matthew Broderick, the story takes place during the peak of the Cold War: the Ronald Reagan years.

The film builds on the public fear of nuclear war and the fears over the advent of new technologies that the general public did not comprehend at the time.

David Lightman is a young computer genius who can get by at school by trafficking his grades. While on a “wardialing” search for new video games he would stumble on an intelligent NORAD computer which will let him play a simulation of World War III.

WarGames has some fantastic quotes, so listed below are some of my favorites.

Mr. Liggett- Alright, Lightman. Maybe you can tell us who first suggested the idea of reproduction without sex.

Nigan- He does fit the profile perfectly. He’s intelligent, but an underachiever; alienated from his parents; has few friends. Classic case for recruitment by the Soviets.

Joshua- A strange game. The only winning move is not to play. How about a nice game of chess? 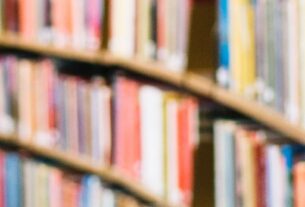